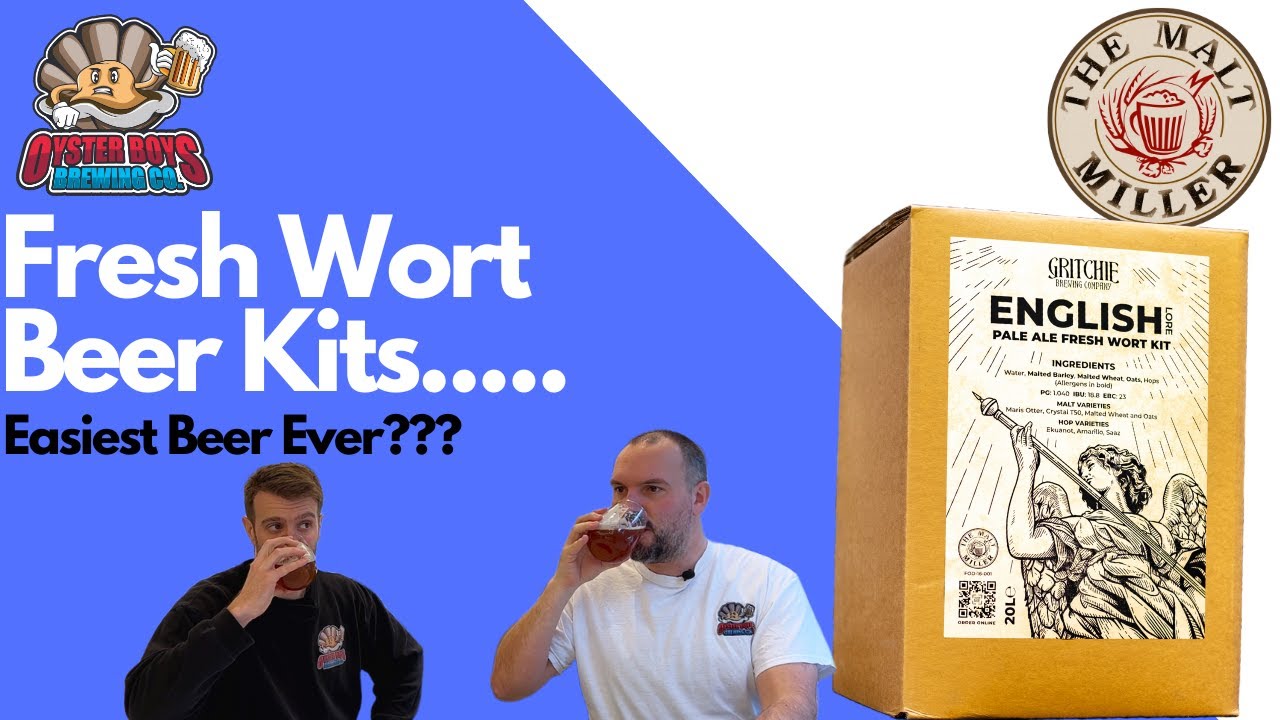 This legitimately took 12 minutes to put the kit together from start to pitching the yeast, it honestly could not have been easier. They are brewed by Gritchie and there are now a couple available to choose from. Link to buy is here….

They describe it as….

“Modern pale ale using Maris Otter, Crystal, Wheat and Oats with U.S. hops Ekuanot and Amarillo used in the whirlpool along with Saaz for some lingering spice

Fresh Wort Kits are an amazing way to produce commercial quality beer at home with basic equipment. No experience of home brewing is required, simply follow the instructional videos and share awesome beer with your friends and family.
Unlike traditional beer kits that are made from malt extract, our Fresh Wort Kits are dispensed directly from Gritchie’s brew house into bag in a box style packaging. This allows the fresh flavours the team at Gritchie magic into their wort are available for our customers to easily complete the brewing process at home. Simply pour the Fresh Wort Kit into a fermenter and add the yeast. Your beer will be ready to drink in approximately two weeks.

Fresh Wort Kits are exclusively made by Gritchie Brewing Company, located in Ashmore, Wiltshire. Their incredible range of cask, bottled and canned beers are created by their amazing head brewer Alix Blease and head of operations Kane Upton. The brewery is positioned in the middle of the Ashcombe Estate where the malting barley variety Maris Otter is grown. It is this very malted barley that is used to produce their beers, including our fresh wort kits. Keeping ingredients as local as possible, Gritchie Brewing Company also have their own bore hole allowing water for the brewing process is drawn. This gives their beers, and our fresh wort kits a terroir, hugely important to any beer drinker.

English Lore is a modern pale ale using Maris Otter, Crystal, wheat and oats to produce the wort. This gives a darker style pale ale with good, strong malt, bready flavours. The bittering is taken care of by modern U.S. hops Ekuanot and Amarillo which are also used for flavour and aroma in the whirlpool along with Saaz for some lingering spice. Ferment with the supplied English Ale Yeast, this will leave a clear beer that is perfect for bottle conditioning. The yeast is know for neutral flavours in a wide range of temperatures, perfect for brewers with little temperature control over their fermentation